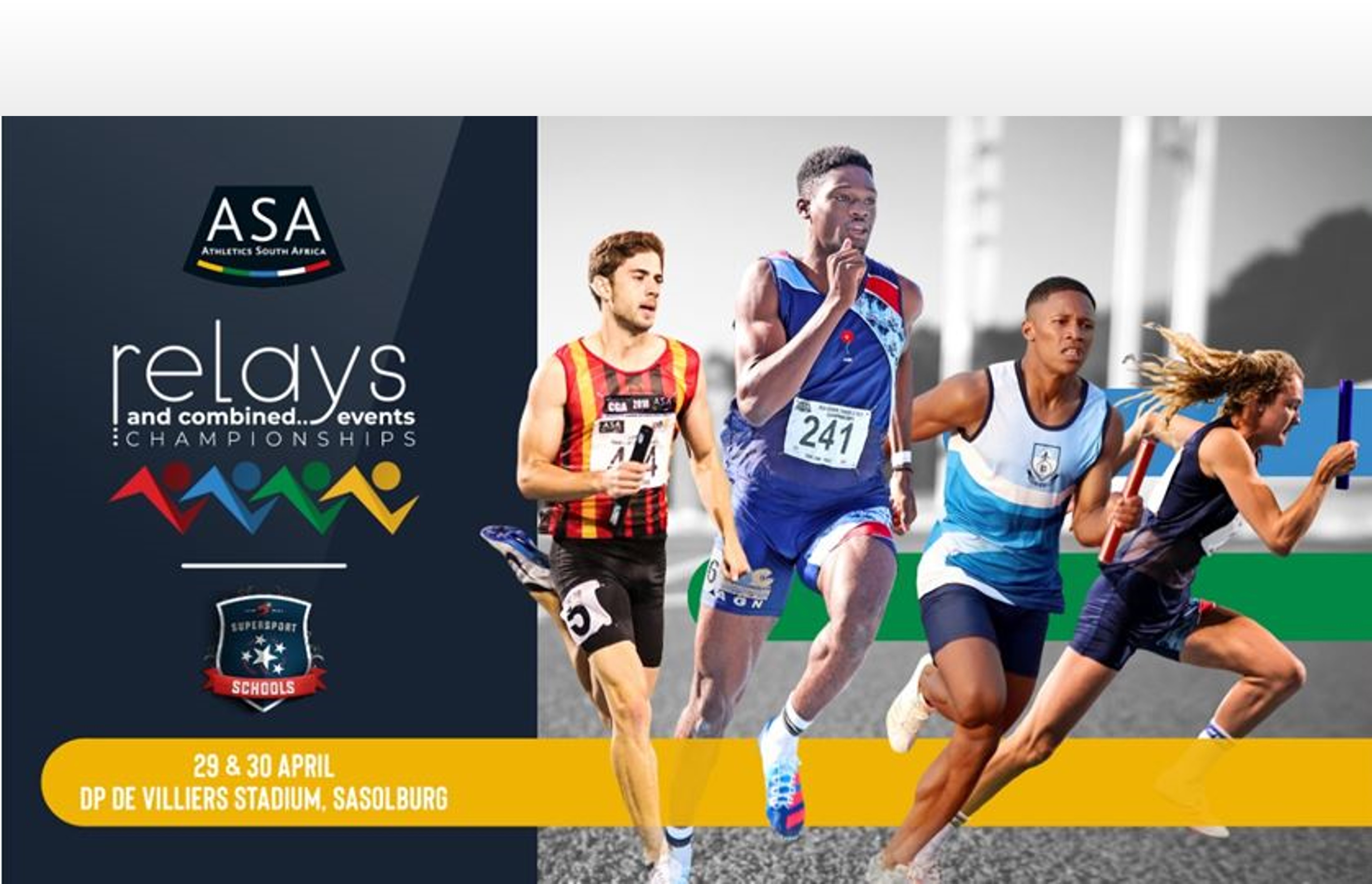 It’s time to shine for individual sprint stars in a team environment this week, while South Africa's most versatile athletes will also be targeting national titles at the 2022 Spar ASA Relay and Combined Events Championships, to be held at DP de Villiers Stadium in Sasolburg on Friday and Saturday.

Bringing athletes together in provincial teams with Athletics South Africa and its stakeholders aiming to showcase relay events, SA's fastest athletes will line up in the 4x100m finals on Friday in the U16, U18, U20 and senior age groups.

And the schedule on Saturday's second day of competition is expected to be even more action-packed.

Medley relay finals will be held in the U16 age division, with 4x400m relays to be contested in all other categories.

In addition, medals and national titles will be up for grabs in 4x200m finals for U20 and senior athletes, as well as mixed 4x400m contests and 4x800m races in all age groups.

James Moloi, the President of Athletics South Africa explained: “We have been enjoying a good run of competitions since the beginning of the season, almost seamless. With this Championship, we are expecting the same excitement and high standard.

“The Relays are an inaugural Championship which we are introducing to serve that national hunger we have of sprints. It has been clear over the years that South Africa has fast athletes in almost all age groups, so this is our response to that recognition. We are, therefore bringing back the culture of relays.

“You will note that we have not been very restrictive on the age groups. In particular, we have opened competition to sub-youth, youth, juniors and seniors in order to cultivate that need to explode because relays are about speed and nothing else.”