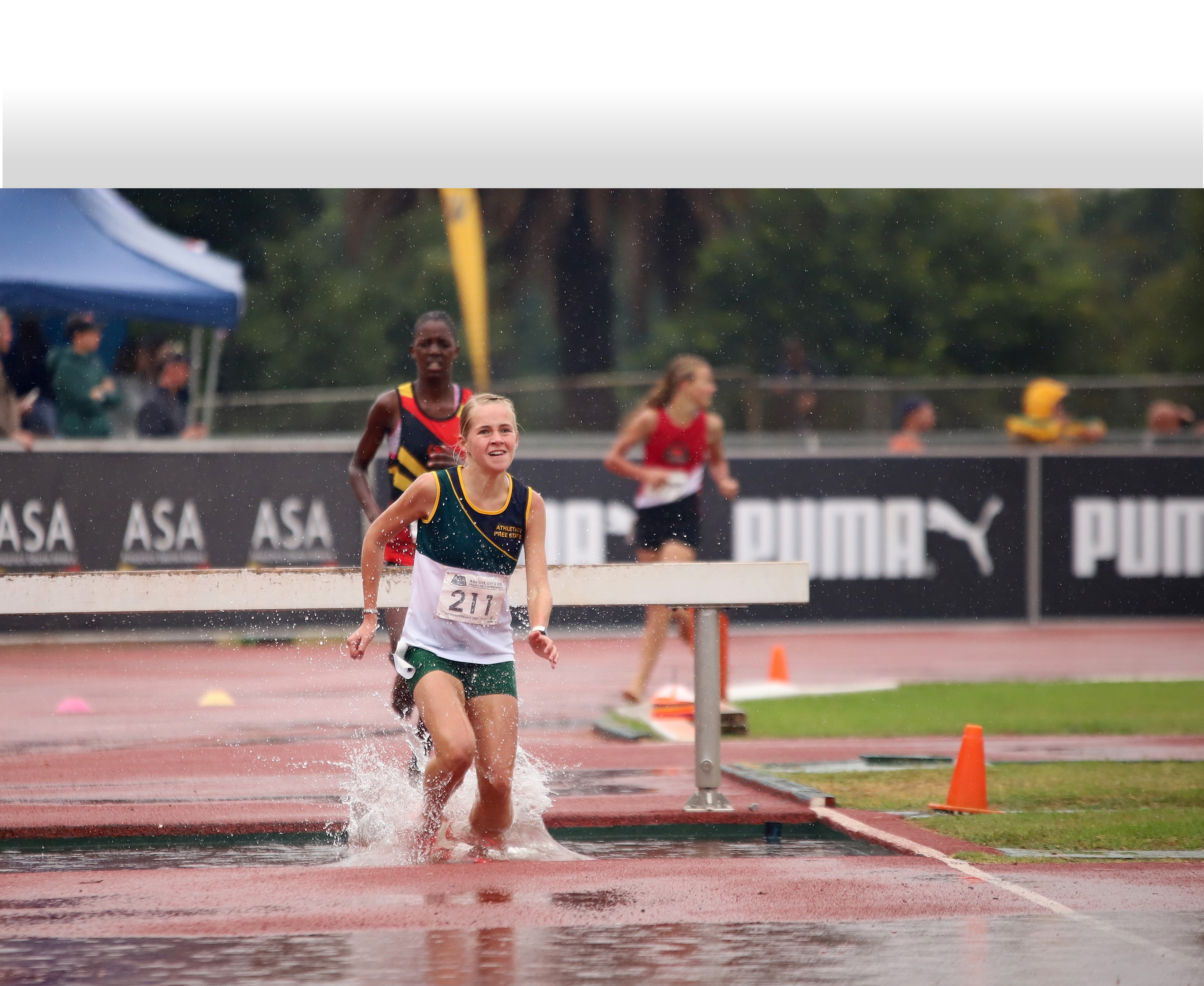 Saturday 2 April 2022 was Day 3 which also marked the end of the ASA U16 (Sub-Youth), U18 (Youth) and U20 Junior T&F National Championships which was held at NWU Mc Arthur Athletics Stadium, Potchefstroom. And this is what the athletes said.

I did not pay too much attention to the weather and did what I came here to do. The only thing I had on my mind was to push through the line but I did not expect to break another record. I dedicate this win to my coach Paul Gorries and my parents. Breaking four records, three in the 100m and one in the 200m, has not sunk in yet. I want to go home and reflect on my impressive achievement.

I broke the SA record and I am super excited. It rained hard and affected my performance. I did not warm up properly and it was wet and cold. I am happy with the national title. My dream is to represent my country at the Olympic Games in the future.

I came here to win two medals and I achieved it. There was a hump in my lane and I stumbled a bit but won my event. I want to go to the World Junior Championships to represent my country with pride. I have a mindset of a champion.

The weather played a role and prevented me from breaking the SA record. It made the track heavy and I was cold warming up. I had four weeks to prepare after I contracted Covid-19. I wanted to run a faster time and I plan to defend my title at the senior national championships in Cape Town. The plan was to come here and get it done. The goal is to peak at the World Junior Championships in Cali, Colombia. I finished fourth at the World Championships in Kenya last year and I have a score to settle in Cali.

The plan was to break the SA U18 record of 52.88, but the weather prevented me. I will go to the senior national championships to try and break the record. I qualified for the World Junior Championships in the 400m. My PB is 53.26 and I will not stop until I break the SA record.

I won the 100m yesterday and I won the 200m today. It was raining and made it hard to execute the properly but then I also came to qualify for the world juniors in both events which is what I did and I’m going to Columbia. Going home with two golds which is what I also did last year, so I’m happy I defended my titles.

I do not deserve to win the title because my competitor fell toward the finish line and I capitalised on his slip. I feel sorry for him. I am happy and sad, and I should have finished in second place. I did not expect to win the race. I have a lot to work on and I will run in the Grand Prix in Germiston.

I am happy with the win and to do it in front of my home crowd. I won the 1500m and 800m gold medals at home at a track that I am used to running. I want to thank my father and coach Jean Verster. It was cold, and it affected my time.

I am unhappy with the time and failed to run the qualifying time. I needed to run 1:51 and missed it. It was a fast race and it worked for me. I gave it my all and any of the top three could have won the race. My friends and family were here to watch me. Running in front of a crowd felt good and motivated me.

I am delighted with the win and I did not expect the title, but I fought and did it. The weather conditions were beautiful and made things easier for me because I struggle to breathe in the heat. I am happy with my time and it is my personal best. I will put in more hard work and watch how the seniors do it.

I am not happy with the time as I was targeting a sub-9. I will run at the senior national championships in Cape Town to improve the time I want. I was ready at 9am, but they moved our race by 30 minutes because of the rain. I need to run 09:08 to qualify for the World Junior Championships in Colombia later this year.

I am happy because this is my first title since I started athletics in 2013 and it is also my first top-three finish since I started. I dedicate this win to my mother. I hope to grow in confidence and go on to achieve bigger things. I am in Grade 12 at Prestige College in Tshwane and hope to earn a scholarship to university next year to further my studies and athletics.

I am happy and deserve to be the champion. I finished second with a time of 04:02 in the 1500m and won a silver and now gold medal. I want to thank my coach Samuel Sepeng. The goal is to dominate the middle distance.

It was a great race and I stayed with the group until the bell rang. I missed the qualifying time by four seconds, but I ran my BP. The weather slowed me down.

I am not happy with my time as I wanted sub-7 minutes, but the rain made it hard for me. It was slippery, and I would have fallen if I ran faster. I dedicate the win to my late mother. She died when I was eight years old and I am 17 years now. I hope she is smiling down on me from heaven. I want to thank my father and sister for always supporting me.

I wanted to run a faster time, but I got sick three days before the race.

I am satisfied with my performance, but I wanted more. I did not run a qualifying time. Next year I hope to get it right. I learned a lot from the championships. I am getting ready for Cross Country season.

I qualified for the World Junior Championships in Colombia later this year. I am happy and wanted to break the SA record of 16.03m and will try in the future. I gave it my all and was satisfied with my effort.

I am happy with my performance, and it was a struggle at the beginning with two no jumps. But I recovered and pulled through to win the national title in my fourth jump. I qualified for the World Junior Championships in Colombia. I am excited and cannot wait. I competed against myself and there was no competition for me here. I am a local girl and will do the Grand Prix here in Potch with the seniors next week. It felt good to be cheered by the home crowd.