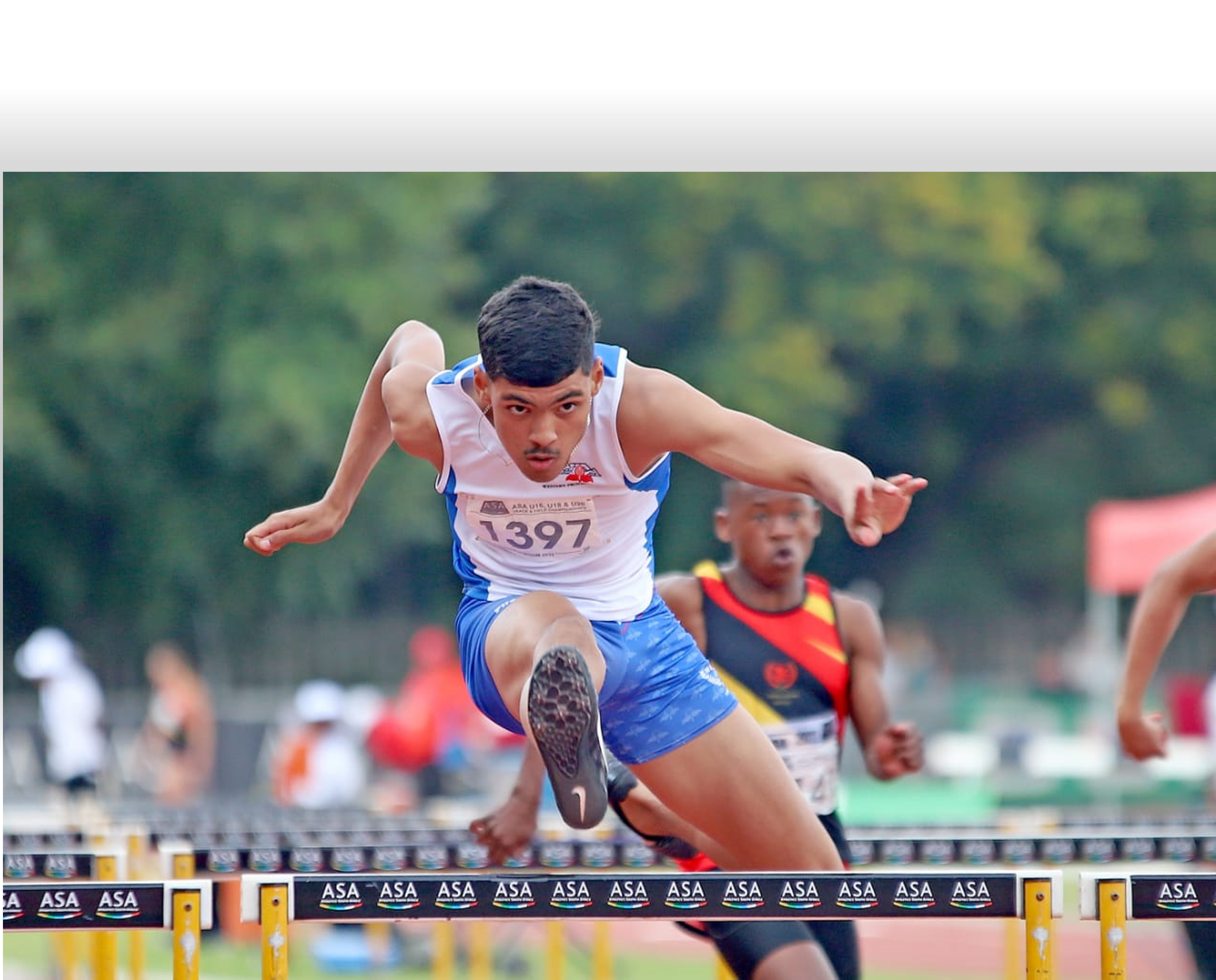 Emel Keyser delivered another superb performance, while two SA 'bests' were set in the sub-youth age group on an exciting second day of competition at the ASA National U16, U18 and U20 Track and Field Championships at NWU McArthur Athletics Stadium in Potchefstroom on Friday.

All eyes were on Keyser in the U20 men's 110m hurdles final after the 18-year-old athlete had won his heat the day before in 13.49* seconds, equalling Mpho Tladi's six-year-old national junior record.

With many of the sprint races being held into headwinds on Friday, however, Keyser was held up by a -1.6m/s gust down the home straight. But he did enough to storm over the line in 13.58, winning gold for host province Athletics Central Northwest (ACNW).

Behind him, Denmar Jacobs secured the silver medal for Western Province Athletics (WPA) in 13.71, with Michael de Beer grabbing bronze for Limpopo Athletics (Lima) in 14.08.

While SA records are not officially kept by Athletics South Africa in the sub-youth age group, Naeem Jack (WPA) did well to set a national best of 12.47, earning a commanding victory in the U16 boys 100m hurdles final. Another SA best was set in the U16 girls shot put by Chris-Mari Nel (Boland Athletics) who landed the shot at 16.38m to win the final of her specialist event by nearly two metres.

Back on the track, Werner Bezuidenhout won the U18 boys 110m hurdles final in 13.58, holding off Athletics Gauteng North (AGN) teammate Vihan Kemp by just 0.07 in the battle for the line. Mignonne de Beer scorched to an impressive victory for Central Gauteng Athletics (CGA) in the U18 girls 100m hurdles final in 13.50, with Sandri van Rooyen (ACNW) holding on for silver in 13.67.

After breaking the SA youth (U18) and junior (U20) 100m records with her memorable 11.22* victory in the short sprint final the day before, AGN sprinter Viwe Jingqi stuck up her hand again as the firm favourite in the 200m event. Jingqi clocked 23.67 in the half-lap semi-finals, the only athlete to run under 24 seconds. She is aiming for a sprint double with the 200m final on Saturday.

One-lap specialist Precious Molepo (AGN) was the next fastest qualifier for the final, winning the other semi-final in 24.54.

Setting up another highly anticipated 200m final, 100m champion Benjamin Richardson (AGN) was fastest in the U20 men's semi-finals. Richardson won his race in the penultimate round in 21.17, with Lucky Molenyane winning the other semi (21.20) in the colours of Athletics Free State (AFS).

With a line-up full of in-form athletes, which also includes KwaZulu-Natal Athletics (KZNA) rising star Neo Mosebi, another hard-fought battle is expected in the medal contest on Day 3.

With altitude restricting fast times on Friday, Jason Bowers coasted to victory for Athletics Vaal Triangle (AVT) in the U20 men's race in 14:56.79, while Karabo Motsoeneng (AGN) won the U20 women's race in 17:06.46.

Closing out the day's action in the 1 500m finals, national senior champion Danielle Verster (ACNW) did not disappoint with a fine sole performance in front of her home crowd, winning the U20 women's race by more than 15 seconds in 4:26.60.

Among the highlights in field events, Aiden Smith (AGN) secured the U20 men's shot-put title with a 19.99m effort, while Elaine Pretorius (AFS) took the U20 women's hammer throw final with a 56.03m heave. Karmen Fouche (ACNW) won the U20 women's long jump final with a 6.24m leap and Ethan Olivier (AVT) completely dominated the U18 boys triple jump, producing a winning attempt of 15.79m.

The third and final day of competition at the ASA National U16, U18 and U20 National Track and Field Championships continues to its final day of Day 3 on Saturday, with another thrilling day of action on the cards.