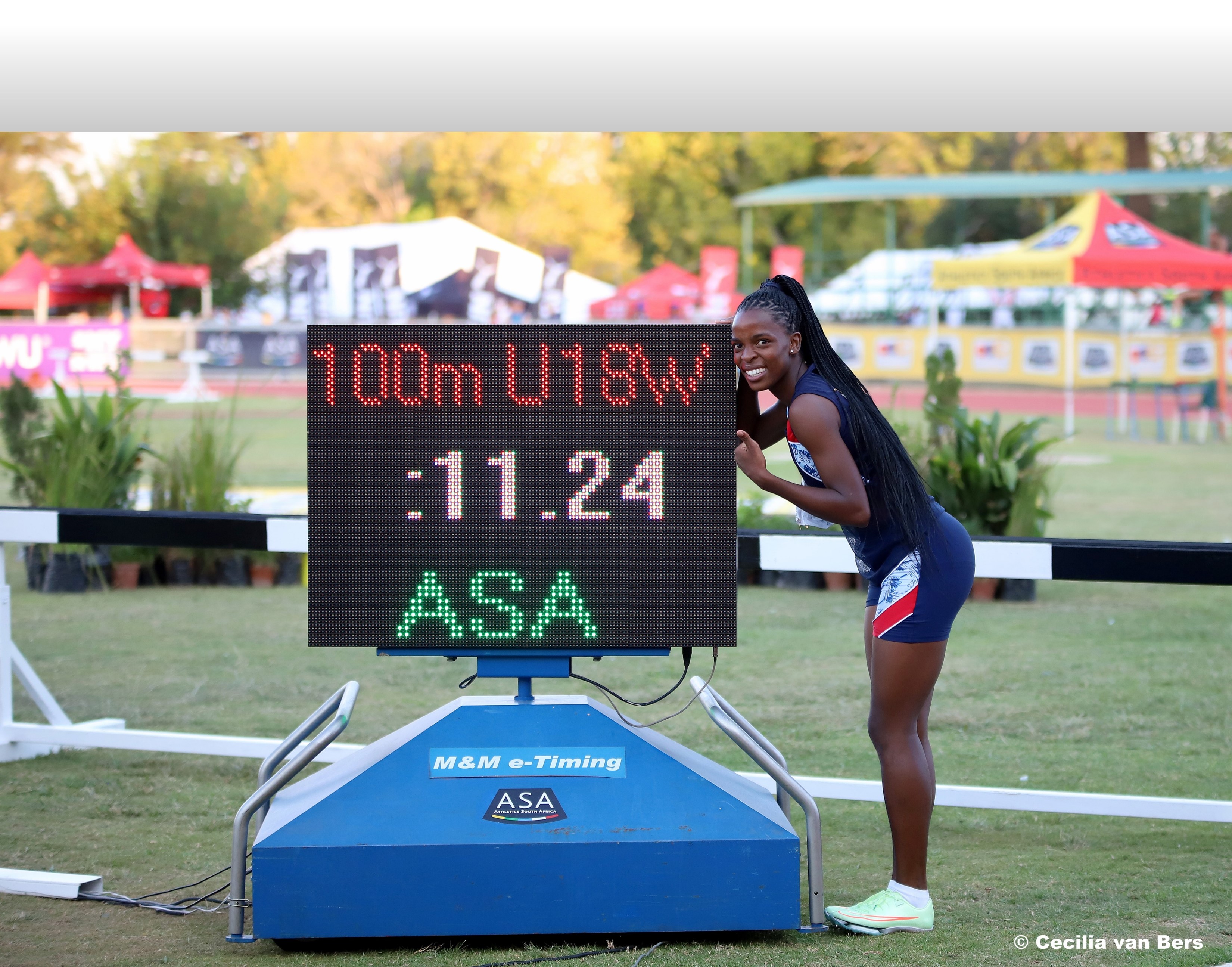 Teenage sprinter Viwe Jingqi went on a record-breaking spree on Thursday, delivering a memorable string of performances on the opening day of the the ASA U16, U18 (Youth), and U20 (Juniors) Track and Field Championships at NWU McArthur Athletics Stadium in Potchefstroom.

Having clocked 11.53 seconds at the Athletics Gauteng North Championships in Tshwane earlier this month clipping 0.01 off the 39-year-old SA youth 100m record of 11.54, which had been held by Mari-Lise Furstenburg, 17 year-old Jingqi went even quicker in all three rounds at the national championships.

She clocked 11.40 in the first-round heats, then she stormed over the line in 11.36 in the semi-finals, before rocketing home in the final, taking the SA U18 record down to 11.22*. Setting a whole new standard in her age group, Jinqi finished well clear of AGN teammate Kayla Murray, who secured the silver medal in 11.78.

In the U20 men's 100m final, Benjamin Richardson (AGN) held off a strong challenge from Neo Mosebi of KwaZulu-Natal (KZNA). Richardson, the 100m silver medallist and a gold medalist in the 4 x 100m relay at the U20 World Athletics Championships in Nairobi last year, won the SA title in 10.19. Mosebi set a personal best (10.23) at second place. Bradley Olifant (AGN) was also in superb form, taking bronze in 10.34.

The three-day ASA U16, U18 and U20 Championships will continue with the second day's action at NWU McArthur Athletics Stadium on Friday.