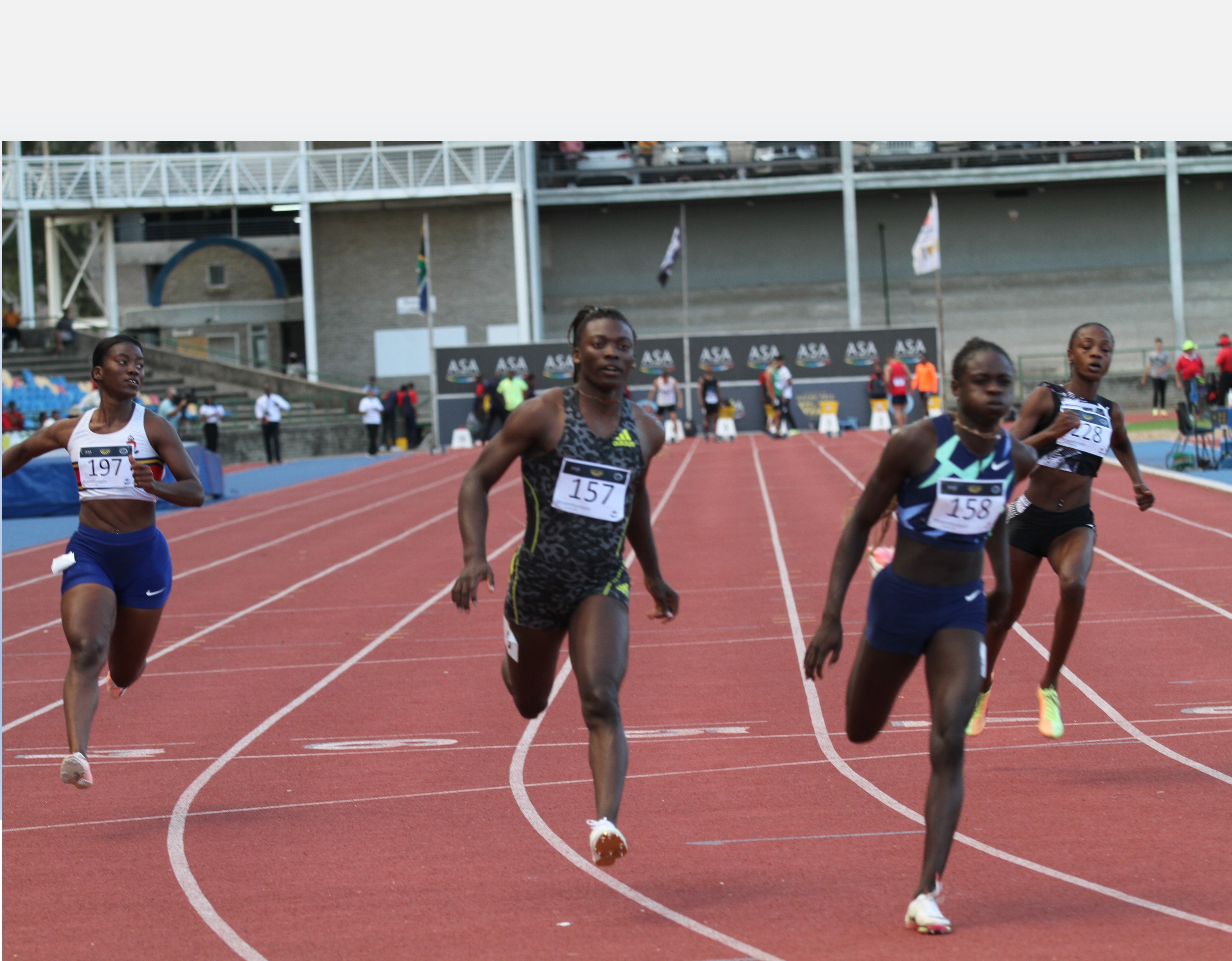 Mboma, who secured the 200m silver medal at last year's Tokyo Olympics, won the women's 100m race in 11.15, clocking the second quickest time in the world this year. Only Jamaican athlete Brianna Lyston (11.14) has run faster in 2022.

Masilingi finished behind her in 11.24, while South African athlete Shirley Nekhubui took advantage of the fast race to set a personal best of 11.49 in third.

“It was a competitive race against my training partner. It's still early in the season, but things are looking good," Masilingi said. “We'll be leaving for the United States in a few weeks where we are planning to run some races in Texas.”

In the men’s shot-put circle, Olympic finalist Kyle Blignaut was handed a rare defeat to take second place with a best heave of 20.43m, where Jason van Rooyen's winning effort landed at 20.64m.

“We had a long week, and I'm coming back from Covid, so I didn't expect to do as well as I did," Van Rooyen said. "My body still felt flat, so I'm grateful.”

Competing for the first time since he finished sixth at the Olympics last year, Blignaut said he is looking forward to the rest of the season and is confident he can go further.

“My training has gone back to normal, and I feel like I'm 100 percent back,” Blignaut said. “I lost a bit of distance and a bit of progress, but that's normal after a six-week break, so hopefully I can keep improving and get some big distances this season.”

On the track, 19-year-old Marione Fourie again threatened to break the 13-second barrier in the women's 100m hurdles, winning her specialist discipline in a personal best of 13.10. Pushing Fourie all the way to the line, Taylon Bieldt also set a career best in second position, clocking 13.15.

A cracking race was also produced in the women's 400m contest where former world junior 400m hurdles champion Zeney van der Walt completing the one-lap race in 51.90 as she sliced nearly a full second off her personal best in the flat event.

Helene Peens and Danni Nolte were so evenly matched in the women's long jump they could not be separated, sharing first place after they both landed at 6.37m.

It was also all smiles for Jovan van Vuuren when winning the men’s long jump with a 8.14m leap. He was followed by Karabo Satekge with 7.77m jump, while Peter Makgato took third after a 7.65m effort.

The second of five legs in the ASA Grand Prix series, which forms part of the World Athletics Continental Tour, will be held in Cape Town on Wednesday, 23 March 2022.

“This is what we were building up to. We are pleased with the explosive start to the track and field season. The opening leg of the series has delivered world class performances as expected. We are pleased that our Grand Prix has attracted international athletes and is drawing the attention of the world.

James Moloi, the President of ASA, could also not contain his excitement: “This is clearly going to be one of the best track and field season we have ever had, driven largely by the hunger of athletes to make up for lost time overshadowed by Covid-19 over the past two years.

“We thank everyone from the athletes, coaches, volunteers, host province, the SAPS and everyone else that was involved.”