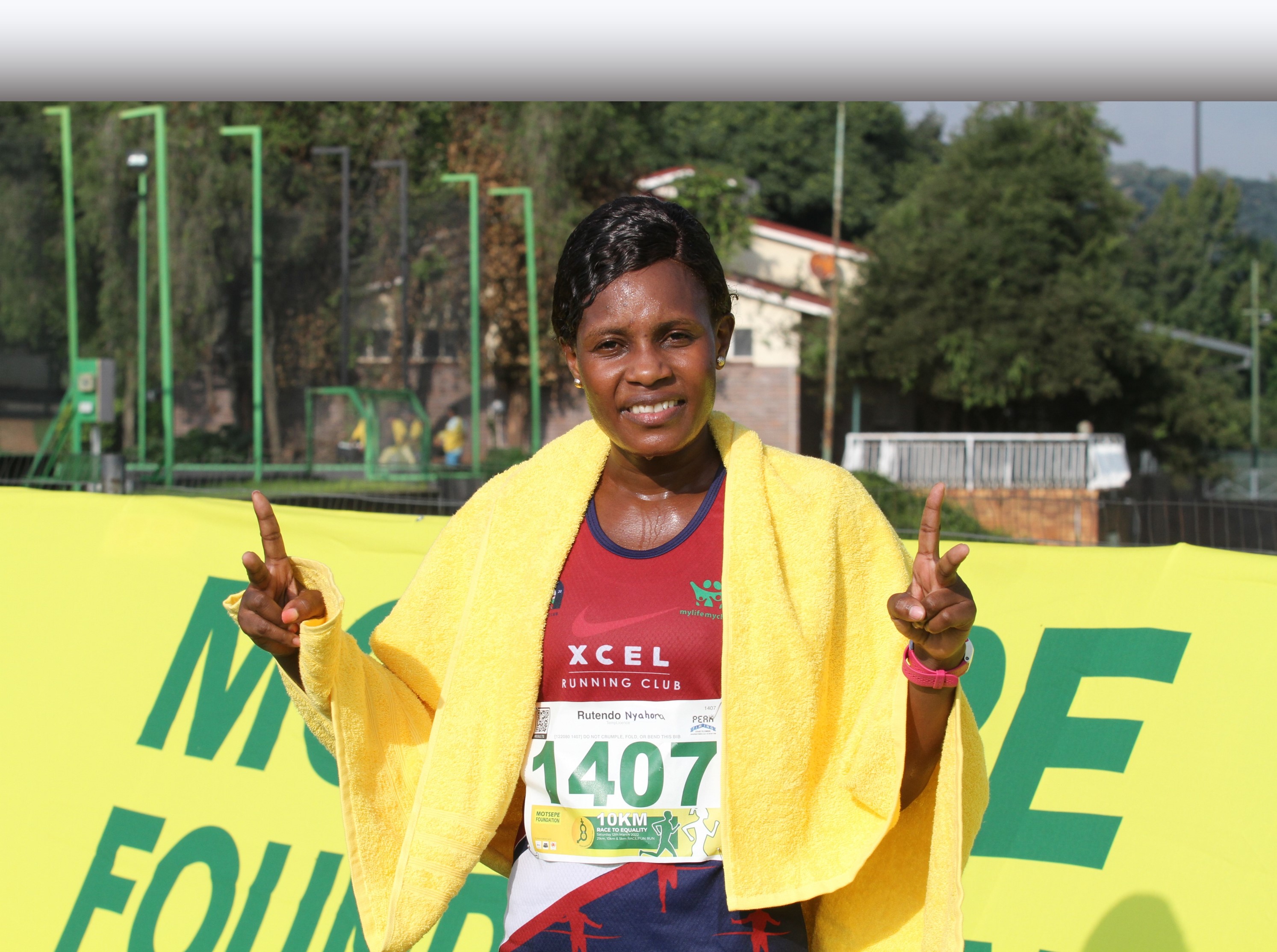 Neheng Khatala and Desmond Mokgobu were on Saturday morning crowned the winners of the RACE TO EQUALITY, a Half Marathon held on Saturday 12 March 2022, at the Marks Park Sports Complex in Emmarentia, Johannesburg.

Khatala of Lesotho, who had come in as one of the favourites clocked 1:16:08 to take the crown holding off Shelmith Morluk of South Africa to second place (3:42), while her teammate at Murray & Roberts Athletics Club Adele Broodryk, stopped the clock at 1:21:42 to take third place.

“I am excited with the win and I'm happy with my time. I enjoy running in South Africa and I am falling in love with this country. The course, however, was very tough especially the first 10km, but I managed to break away after that. I enjoy running against other tough ladies because the competitive spirit is amplified. I have already qualified for the marathon to represent Lesotho at the Commonwealth Games and the World Championships,” she said.

Aligned to the race theme of equality and inclusion, for the 21km race, the prize money for the first, second and third place is equally split for women and men’s races. Winners will each receive R21 000, R15 000 and R7 5000 respectively.

In the men’s field, Mokgobu of Entshika AC led an all-South African top three to win the battle coming in at 1:06:03. True to the spirit of great races, Ian Slinger of Potchefstroom from Track Club, was edged into second place by a mere 13 secs, clocking 01:06:16. Elroy Gelant (01:06:17) of Boxer AC, who was amongst the favourites, finished third.

“Coming into the race I knew for me that Elroy Gelant was going to be a challenge, not that I am undermining other runners, but my plan was around Elroy only,” said Mokgobu. “He was my danger man and my focus was to win this race from the start. For the first 15km I dropped back while David Manja was leading, because I knew it was going to be a tactical race and that is why I left it until about 13km and 15km to make my move.”

Athletics South Africa (ASA) is the national governing body for the sport of athletics (including Track and Field, Cross Country, Road Running and Race Walking) in South Africa, is a member of the  IAAF and  the Confederation of African Athletics.  The association was formed in 1995 and is based in Johannesburg.