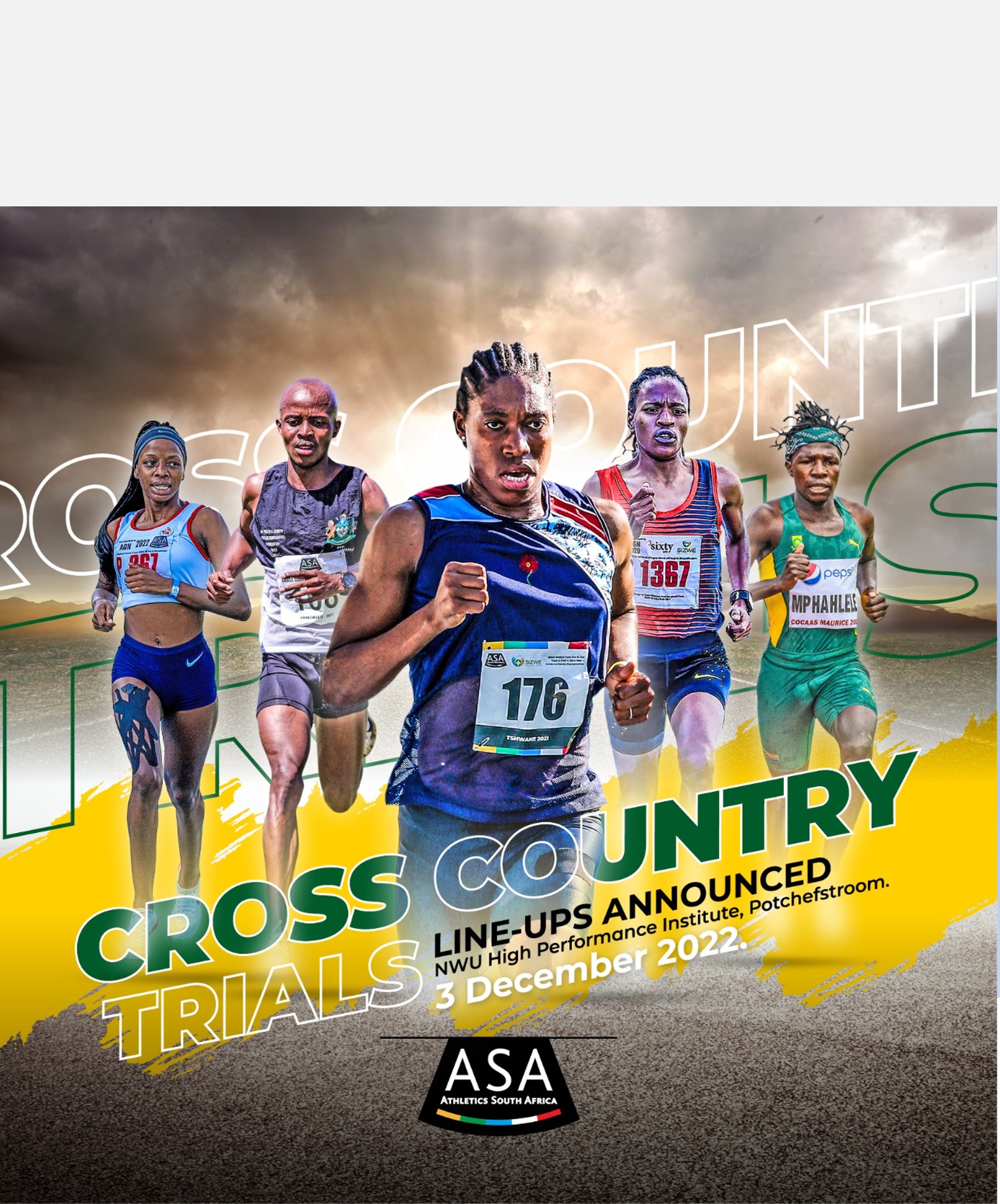 Elite fields of invited athletes will battle for coveted places in the national squad when the country's top middle-distance runners line up at the Athletics South Africa (ASA) Cross Country Trials, to be held at the NWU High Performance Institute in Potchefstroom on 3 December 2022.

A total of 79 athletes (43 seniors and 36 juniors) have been invited to compete in four individual races, as they target places in the SA team for the World Athletics Cross Country Championships to be held in Bathurst, Australia on 18 February 2023.

In addition, 16 athletes (men and women) will compete for four available spots in the 4x2km mixed relay team for the World Championships, including the likes of two-time Olympic 800m champion Caster Semenya, and rising track stars Prudence Sekgodiso and Ryan Mphahlele.

"We are pleased to announce strong line-ups in all races for the ASA Cross Country trials, which will be a key event for our athletes who hope to compete at the World Athletics Cross Country Championships," said ASA President James Moloi.

"We wish all of them well in their final preparations, and we trust there will be strong competition in all the races throughout what promises to be a thrilling programme on a challenging course in Potchefstroom."