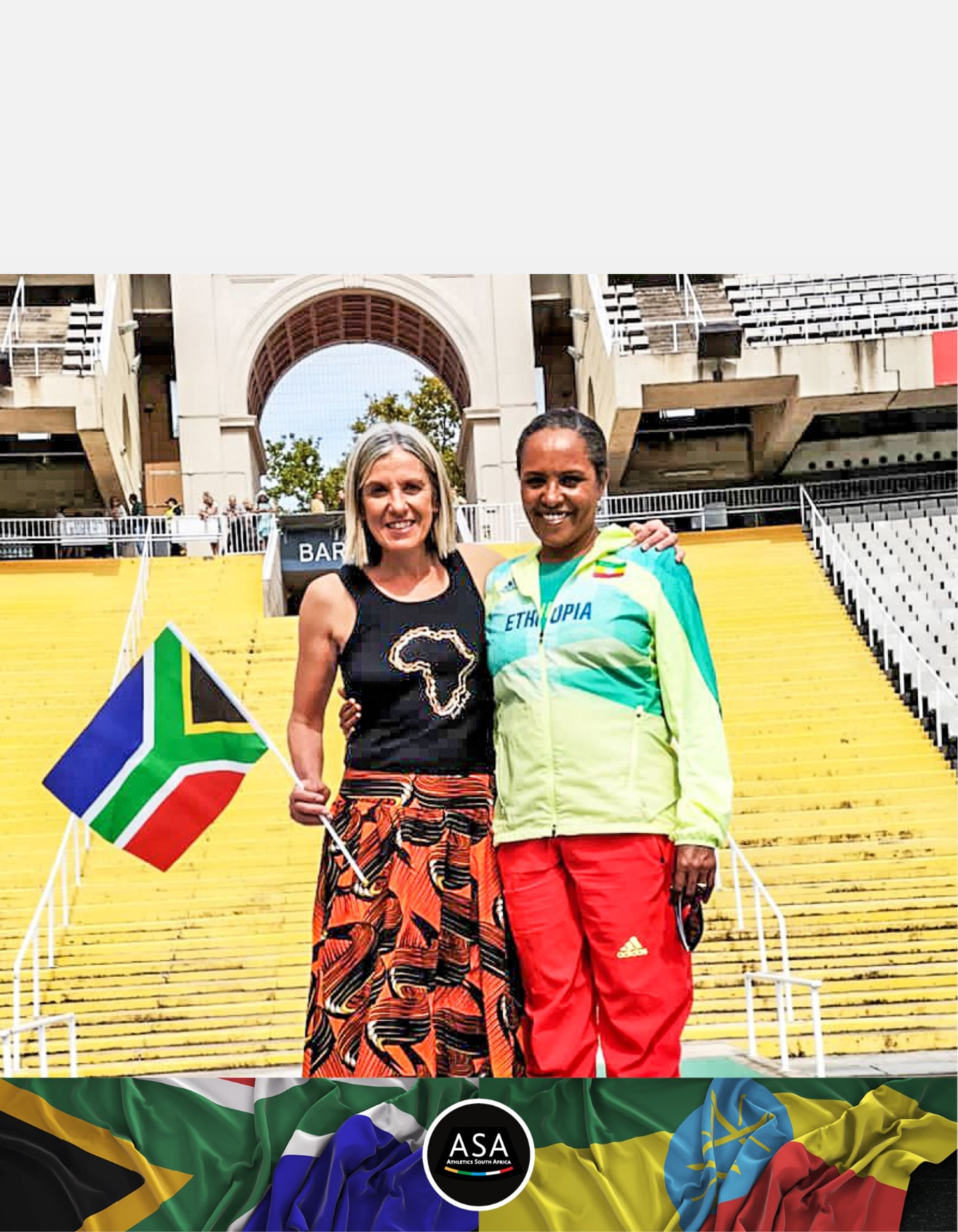 Thirty years after their epic 10,000m, and the highly symbolic victory lap, Derartu Tulu – the first black African woman to win an Olympic gold medal – and Elana Meyer – who won the first medal for South African when they were re-admitted to the Olympic Games in 1992 after a ban lasting 32 years – met again today in Barcelona.

For Derartu, it was the first time back in Barcelona, so it was especially emotional, and her excitement when returning to the Olympic Stadium was palpable, with a little cry of joy as she embraced Elana and they made their entrance together.

Being the first female black African athlete to win a gold medal was very important, and the most important aspect after the race was friendship. In Ethiopia, every time people mention the Barcelona 1992 final, they also mention Elana – it was a symbol of unity.

The embrace after the race and the victory lap together was a spontaneous gesture. I was always taught to persevere in life and came to give my best effort. That time I did not win, I was beaten by the better athlete on that day, but for me being able to participate and win a medal was already a great achievement.

Now looking back I realize the race was not 25 laps – it was the 26th lap that really had an impact.

Both Derartu and Elana are still very much involved in athletics. Derartu is the President of the Ethiopian Athletics Federation, which enjoyed exceptional results this year at both the Indoor and Outdoor World Championships.

After retiring I started to advise many athletes My own children do not run, but you know my cousins Ejegayehu, Tirunesh and Genzebe Dibaba became very famous names in our sport

Having been an elite athlete myself allows me to find the right words to speak to and motivate the current athletes.

Elana is an ambassador for the Cape Town Marathon – now a candidate to become the seventh World Marathon Major – and has founded her own endurance academy, Endurocad.

Endurocad aims to utilise sport and its values for development, not only in sport but also for personal development and academic development.

I feel my role in life is to influence in a positive way.

Elana also reflected on the role of Nelson Mandela