Stocky and explosive, Akani Simbine first made heads turn as a teenager, and he has since gone on to shatter multiple barriers, lifting the coveted crown as South Africa's fastest man. Storming to victory in the 100m final at the Zone 6 Games in Lusaka in December 2012, he clocked 10.19 seconds to shatter the national junior record by 0.11. His real breakthrough, however, came the following season when Simbine dipped under the 10-second barrier for the first time, equalling the SA 100m record of 9.97 to win the world student title. 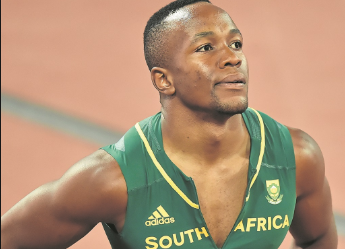